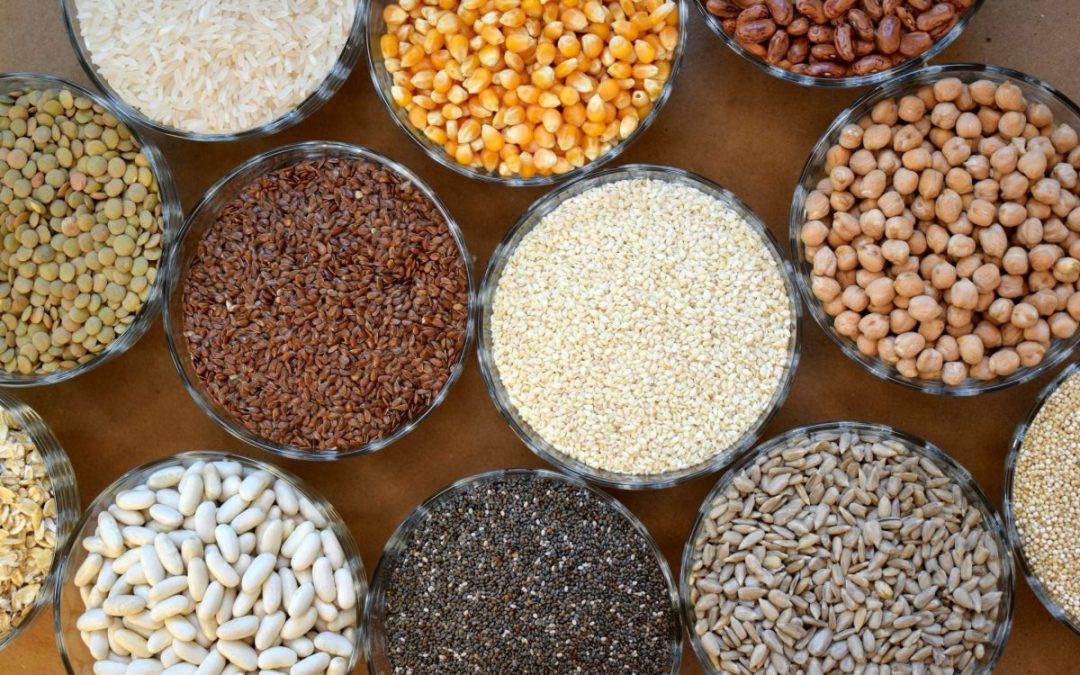 What do you think of first when you hear “whole grains”? Brown rice? Wheat bread? Birdseed? There is so much more to the world of whole grains! But first, let’s clarify what exactly a whole grain is.

There are Three Parts:

Bran, germ, and endosperm. The bran is the fibrous outer layer that protects the seed and includes B vitamins and trace minerals. The germ is the smallest part that is located inside the seed and is rich in antioxidants, vitamin E, B vitamins, and healthy fats. The largest part of the seed, the endosperm, contains carbohydrates and protein. Refined foods such as white pasta, rice, and bread, have had the bran and germ removed and what’s left is that starchy endosperm. This is how refined foods products are produced.

Whole grains are a pretty big food group. It’s not just whole wheat, corn, oats, rice, barley, and rye. It also includes seeds like quinoa, amaranth, buckwheat (I know, I know – but it’s a seed!), teft, and sorghum! A good way to understand the difference between grains and seeds is grains are from grasses that grow edible seeds and seeds come from plants.

The beauty of these kernels of goodness is they can be interchanged in any recipe. For example, instead of using brown rice in your soup, try farro, barley, bulgur, or freekeh. Instead of having oatmeal for breakfast, try amaranth, quinoa, kamut, millet, or buckwheat. Whatever you use in your morning oatmeal can be added to these grains – fruits, nuts, spices such as cinnamon, seeds, or a swirl of peanut butter for extra protein.

Here are a few recipes to get you started!

Check out this recipe for the kiddos!

Breakfast Bulgur with Fruits and Nuts courtesy of EatRight.org