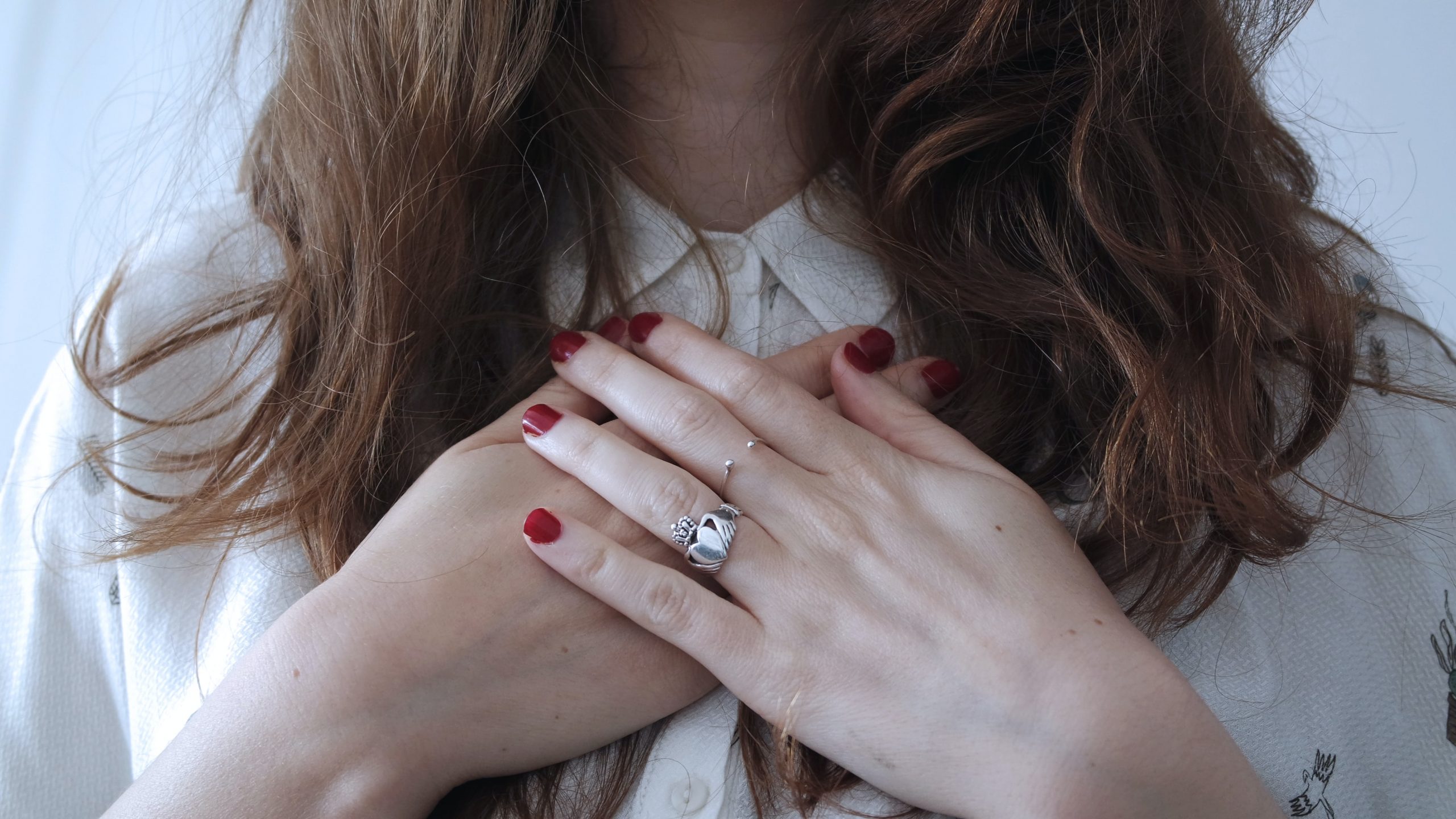 If you are reading this blog, you probably already know how a cancer diagnosis affects our emotional wellbeing. You are not alone: Depression rates in the US jump four-fold among cancer patients, with nearly a quarter of cancer patients experiencing depression. Anxiety rates among cancer patients in the US climb as well, affecting nearly a fifth of people with cancer. Many people with cancer report experiencing PTSD-like symptoms, and almost all say they experience feelings of overwhelm. Clearly we need tools for treating emotions associated with cancer. Energy Psychology tools fit the bill, for reasons we will explore in this article.

Unfortunately, the system in the US does not universally encompass mental and emotional care in cancer treatment. This has costs, not only in terms of emotional wellbeing, but perhaps in resilience and ability to heal. Energy psychology techniques may fill the emotional need of cancer patients particularly well. These modalities often focus on addressing and clearing underlying emotional traumas. They also provide effective self-soothing routines that may help cancer patients navigate the emotions that often accompany diagnosis.

Researchers in the field of cardiovascular disease were the first to identify the role of stress in disease. Today, most of us understand fact that stress leads to disease. And a cancer diagnosis itself is stressful! This explains why treating emotions associated with cancer is so important.

Episodic stress is an important part of life, mediating injury and pathogenic assault. When pathogens attack cells, or cells are injured, they become inflamed, holding fluid. This is because of a cascade of activity on the molecular level. In other cases, it is the threat of assault that causes inflammation. In these cases, the hypothalamus (a region in the limbic brain) signals to the pituitary body (often called the master gland) to tell the adrenal glands to release adrenaline. This cycle is known as the HPA axis.

Under normal stress conditions, this action reduces inflammation. However, when people experience chronic stress, this cycle of inflammation–healing–homeostasis is disrupted. Researchers have found that this is at least partly because an immune system cell or cytokine called interleukin 6 (IL6) triggers inflammation in times of stress. And IL6 is implicated in cancer, as well as a host of other diseases including diabetes, autoimmune disease, obesity, depression, and anxiety.

It might not be unreasonable, then, to wonder if decreasing stress levels might assist in the healing response of those with cancer diagnoses, and to prevent cancer occurrence in the first place.

With its capacity to decrease stress, could Energy Psychology play a role in remission?

Kelly Turner studied cases of unexpected and medically unexplained remission, conducting interviews with people who had experienced these seemingly miraculous cures. She distilled the data and found seven key factors that were almost universal. She writes about them in her book Radical Remission.

Among the factors identified are eliminating negative emotions and increasing positive emotions. While the sentence is easy to write, achieving the essence is not! However, EP methods are known for their ability to heal underlying traumas and the ensuing energy disruptions, which lead to distress and may contribute to disease.

The research: treating the emotions associated with cancer using EP

Bach et al published a study in the Journal of Evidence-Based Integrative Medicine in 2019, examining the psychological and physiological outcomes for people (n=203) who attended a four-day EFT workshop. In this study, participants experienced reductions in anxiety, depression, PTSD, pain, and cravings, and an increase in happiness. Several physiological markers were taken of some study participants (n=31). Interestingly, they found a significant increase in Immunoglobin A (SigA), an antibody that plays a role in immune function, and decreases in resting heart rate, cortisol, and blood pressure.

Laura Track et al conducted a randomized, controlled study of EFT for cancer-related cognitive impairment (CRCI; aka “chemo brain”). The study was published by EClinicalNews in August of 2021. Participants were 121 patients in Belgium and the UK who met diagnostic criteria for cognitive impairment. The study lasted 16 weeks. For the first eight weeks, half of the participants received instruction in EFT tapping and tapped with a clinician and at home, while the other half waited. They all took a second cognitive test and other assessments. Then, the second group got EFT training. Not surprisingly, the difference between groups at eight weeks was significant, with the tapping group achieving a reduction in cognitive impairment. The second group “caught up” at 16-weeks, after they had done eight weeks of tapping.

EFT for side effects of treatment

Baker and Hoffman published a study in 2014, investigating the effect of EFT tapping on depression, anxiety, and side-effects of hormone therapies used to treat some types of breast cancer. The side effects include pain, fatigue, and menopausal symptoms such as hot flashes and night sweats. The study participants (n=41) received three weeks of instructed EFT and we assigned self-tapping for the next nine weeks. Again, the participants achieved statistically significant improvements in total mood, depression, anxiety, and fatigue, as well as a reduction in hot flashes and the experience of hot flash as problematic.

Niken, Wahyuningsih, and Prasetyorini published a case study in 2020, documenting the experience of four cancer patients who complained of moderate to severe pain. They found that using EFT reduced the experience of pain.

Spiritual EFT for self-concept of women with mastectomy

Afriyanti and Wenni used Spiritual EFT in a quasi-experimental study of 33 women who had had mastectomies. At baseline, only three had a good self-concept. After three days of tapping, the number had risen to ten. This improvement was statistically significant and gives rise to some questions, including what would happen if the intervention lasted more than three days.

Peta Stapleton conducted a pilot study of group EFT for palliative care among cancer patients. Researchers randomly assigned thirty-two cancer patients to either EFT or treatment as usual (TAU). The EFT group received two-hour EFT sessions, led by a trained psychologist, for four weeks. Delivery moved from in-person to Zoom after the Covid-19 lockdown. All patients completed assessments for depression, anxiety, PTSD, quality of life, happiness, pain, hope, and meaning of life. After treatment, the EFT group received significant reductions in anxiety, and trends toward improvements in meaning of life, quality of life, PTSD and happiness. The TAU group did not receive any benefits. These results were compelling enough to launch a full study, which is now underway.

Stories from the (virtual) treatment room

A woman in her early 50’s was diagnosed with breast cancer. As often happens to people diagnosed with cancer, she was in the throes of shock and distress when she met with her oncologist. Clients often report that they can’t “take in” what their doctors are telling them. They leave appointments wondering what was just said, and realizing that they have many questions they forgot to ask. In this case, the client mis-heard “grade 4 tumor” as “stage 4 cancer.”

Although she quickly realized her error and understood that she did not have metastatic breast cancer, she was extremely distressed about the idea and still felt terrified. In our individual counseling session, we tapped together using emotional freedom techniques (EFT) Tearless Trauma and Tell the Story protocols. During our session, we were able to reduce her distress and worked to clear her trauma. Thankfully, she experienced a reduction in subjective units of distress (SUDs) from a ten to a zero. Moreover, she stayed clear of distress in subsequent counseling sessions four to six weeks later.

For women with breast cancer who have some understanding of the mind-body connection, fear of recurrence can create what seems like a trap. These women often express a fear that their fear is going to create a negative outcome. Effortfully trying not to think about it, or to think positive thoughts instead, often proves futile. One woman in such a paradoxical trap came for therapy and we began using EFT to manage her fear of recurrence. Her distress reduced during the session. Additionally, having EFT as a self-help tool provided her with a coping tool that she used regularly to help manage her fear as it arose.

Experience of tapping in groups

In regular facilitated support groups, women with various cancer types use EFT at the beginning of the sessions to come together and relax. Often, we use the “constricted breathing” technique to demonstrate and reinforce the physiological effect of tapping. (In this technique, tapping on constricted breathing allows the breath to become fuller and more satisfying/less constricted). Most women achieve a feeling of un-constricted breath after one round of tapping. They also report feeling more relaxed, more present, and, in one case, feeling “warm and tingly.”

A vision for the future

Because of the deep emotional distress that cancer patients often feel, it is important to provide them with tools and support to reduce these feelings. Again, we need to focus on treating emotions associated with cancer. Energy psychology techniques have a demonstrated ability to reduce subjective distress. Moreover, these are tools that therapists can use clinically, and clients can use as ongoing self-help practices. Incorporating mind-body techniques such as these for the management of mood and stress in people with cancer can provide a tremendous benefit to patients’ subjective wellbeing. Because of the role of stress in disease progression, these tools may even improve outcomes.