“Ask the Experts is a monthly live video series that features medical, legal, scientific, and wellness professionals who address questions that matter most to those affected by breast and ovarian cancers. Topics range from cancer-related cognitive fatigue (“chemo brain or brain fog”), sexual health, and clinical trials, to nutrition, clinical trials, and more. Questions are compiled monthly and answered in a live episode on Facebook, and all episodes are recorded and archived in our online video library, HER Library.

Karim Orange is an Emmy-nominated makeup artist and clean beauty pioneer who dedicates her life to educating women about the power of their own unique beauty without compromising ingredients.

Join Karim in a special live Q&A session to learn how to create bold, fun looks without toxic ingredients.

Submit your questions directly to medical and wellness experts in our private online form. 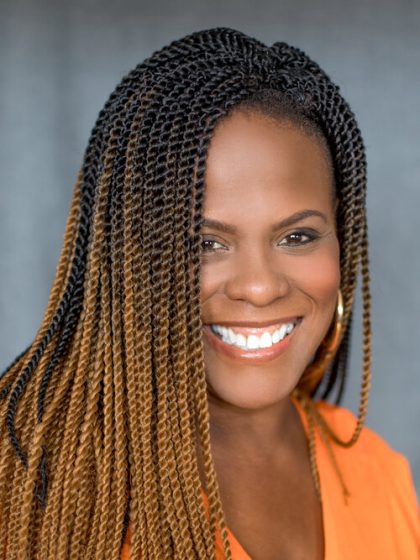 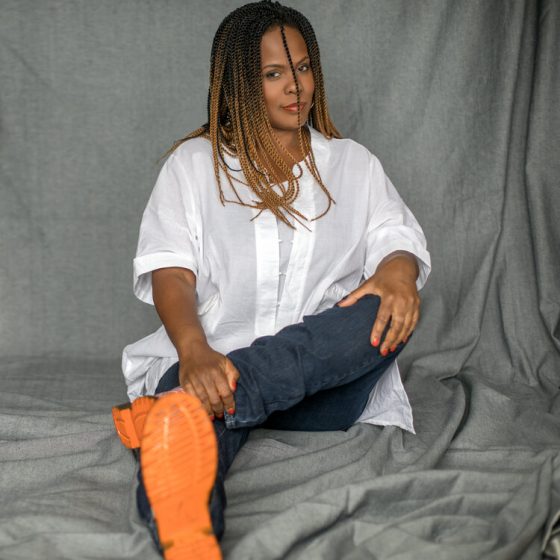 As a makeup artist I’ve beautified everything from bruises and bags, on movie stars and hags. Making grey skies blue was my calling from the time I was a young girl. I was born a vegetarian and raised in NYC to African American and Trinidadian parents at a time where there were no veggie burgers, vegan restaurants or Whole Foods. Vegetarians ate fruits and vegetables. It was not glamorous and I was always the outcast, especially in the African American community. I used to sneak fried chicken the way kids nowadays sneak cookies.

I guess you could call my parents hippies, following Eastern philosophies in a Western world. I was raised with a spiritual foundation based on the teachings of Yogananda, and I grew up going to ashrams and farms, believing in nature and the natural.  I didn’t know who Jesus Christ was until I was seven, and I thought it was a scavenger hunt when people asked ‘Have you found Jesus?’

Most of my family is in music. My late great aunt wrote ‘Good Morning Heartache’ for the legendary Billie Holiday, and my father played trombone with Eddie Palmieri, Archie Sheep and a bunch of other jazz greats.

Somewhere between my birth and age ten my dad went corporate and my mom went off the grid. She currently lives in Hawaii on a farm making a living as an astrologist.

Alternative Medicine and Becoming the Mother of Jazz

I have always believed in alternative approaches to taking care of the body andI have had the same doctor that I trust with my life for 30 years. (How many people can honestly say they trust their doctors with their lives?)  Besides being an MD, he only practices homeopathic medicine and acupuncture. At 19 when we met I had no health insurance and relied on clinics. He told me that doctors don’t really care about poor black people at clinics. He told me not to drink alcohol  but to smoke marijuana,  so taking his advice I lived on a Rastafarian camp in Jamaica and channeled Bob Marley while farming ganja everyday for six months.

At 27 that same doctor told me that having a baby would be the best thing I could do for my body, so I became the mother of Jazz one year later. Vegetarian at the time, I gave birth with midwives while drinking herbal tea and listening to Patsy Cline. I do not look at birth the way Western doctors do. Pregnancy is not a disease and birth is not a surgical procedure. The midwives allowed me to experience the delivery my way.

I fell in love with makeup early, I just loved how the women in lipstick ads always looked happy.  I felt that if I put it on I would be happy too. That today is still my goal, I just want to inspire love with lead-free lipstick. Two Emmy nominations later (for my makeup artistry on the chatty ladies of The View), I stumbled into my current organic avenue when an allergic reaction to my lipstick almost killed me (a trip to the ER and all). Since then I’ve worked with most of the clean makeup companies out there, and was briefly the makeup and skincare educator for Whole Foods Market Chelsea.

Didn’t love doing organic beauty for ‘the man’ (corporate health food chains), so now I educate women all over the globe with my Low Beauty artistry.

Learn More with HER Library

Find answers from directly from medical and wellness experts in our online video library. Explore topics like sexual health during treatment, how to navigate insurance and your career through treatment, clinical trials, and more.

Educational expert events are held monthly and archived in our online library of resources. Explore live presentations, interviews, and Q&A sessions that answer the questions that matter to you the most.